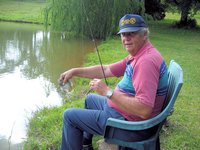 Mr. James Carl “Buddy” Waller, age 76, of 287 Johnstonville Road, Barnesville, Georgia, passed away on Monday, December 23, 2019 at Macon Navicent Health Hospital. He is survived by his wife of 50 years, Bobbie Carol Waller; one daughter, Jennifer Carol Leveillee; one granddaughter, Jasmine Marie Leveillee; one grandson, Tristan James Leveillee; son-in-law, Jerry Leveillee; and sisters-in-law, Joyce Waller and Glenna Waller and a number of nieces and nephews. He was preceded in death by his father and mother, Sheriff and Mrs. J.C. Jake Waller, and his twin brothers, Harry Waller and Sheriff Larry Waller. Buddy was retired from a 32-year career with Southern Bell, retiring at Savannah as a Network Senior Director for Georgia’s South Georgia Division. He and Bobbie Carol moved back to Barnesville and built their home on the family farm where he was born. Buddy also worked as a deputy for Lamar County Sheriff’s Office while his daddy and brother were Sheriff, and retired from there, too, after nearly 20 years of combined service. He was a long time member of First Baptist Church of Barnesville; he and his two brothers joining together in 1954. He was a life member in the Telephone Pioneers of America and was active in the Masonic fraternity, having received the Georgia Grand Lodge Award for being a Mason for over 50 years. He was a Past Master of Pinta Lodge #88; a Past High Priest of Mystic Chapter #51; a Past Illustrious Master of Barnesville Council #51; a Past Commander of William Tracy Gould Commandry #6, Knights Templar; a Past District Deputy Grand High Priest; a Past Puissant Sovereign of New Covenant Conclave of the Red Cross of Constantine; a Past Pryor of Georgia Priory 39, Knight York Cross of Honor; a Knight Crusader of the Cross; a member of the Royal Order of Scotland; a 32 degree Scottish Rite Mason and a member of Al Sihah Shrine Temple. He was a Past President of the Lamar Civic League, and the first Vice President of the Barnesville-Lamar County Historical Society when it was formed to save the Barnesville depot in the 1970’s and leading up to the first Barnesville Buggy Days. Buddy served in the United States Army and the Georgia Army National Guard as a platoon Sergeant in the 348th Medical Battalion, and later in the 179th Military Police Company. A funeral service for Mr. Buddy Waller will be held on Thursday, December 26, 2019 at 2:00 P.M. at First Baptist Church of Barnesville with Senior Pastor Garth Forster officiating. Friends may visit the family at the church from 1:00 P.M. until the hour of service. Interment will be in the Waller Family Cemetery on the family farm. The local Masons will perform a Masonic graveside service prior to burial. The family has said that instead of flowers, one may donate to First Baptist Church of Barnesville, if desired. Those who wish may sign the online guest registry at www.williams-westburyfuneralhome.com Williams-Westbury Funeral Home, 526 College Drive, Barnesville is serving the Waller family.