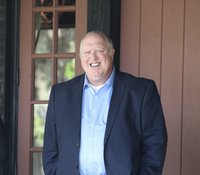 Mr. David Karl Rose, age 58 of Barnesville, Georgia, passed away peacefully on Saturday, January 9, 2021 at his residence surrounded by family. David was born in Munchweiler, Germany on Friday, May 11, 1962, to the late Billy Rose and the late Louise Blackmon Rose. Due to his father’s active military career, he lived in Petersburg, Virginia and Colonial Heights, Virginia for many years before the family decided to move to Barnesville, Georgia in 1977. David graduated from Lamar County High School in 1980 and soon after married his wife of 40 years, Paula Ogilvie. They had one daughter Amanda. David dedicated his life working at the City of Barnesville for 40 years. He started in January 1981 as a meter reader and worked his way through almost all departments before becoming the City Manager in 2018. Being an advocate of education and an avid learner, he received licensure of all departments he worked in at the City. Also, he received an Associates Degree from the Community College of the Air Force and a Bachelor of Science Degree in Business Administration from Shorter College. David was an entrepreneur, starting Rose Electrical Service in the mid 90’s, providing residential and commercial services. What started as a hobby became a way for him to serve the community. He retired the business in 2010. David was a veteran of the United States Air Force Reserve and served our country for 30 years until his retirement in 2010. He served in Operation Enduring Freedom/Iraqi Freedom in 2003. He retired as a Senior Master Sergeant and a proud recipient of the Minuteman Award from his team members. Serving our country alongside his military brothers was something he felt honored to do. David was a Christian and a member of Griffin First Assembly. He served as a member of the Barnesville Rotary Club, Combat Veterans Motorcycle Association, Patriot Guard Riders, American Legion, a founding member of the Boys and Girls Club of Barnesville, Barnesville-Lamar County Industrial Development Authority Board of Directors, and the Georgia Municipal Association. He loved riding motorcycles, spending time with his family, and spoiling his wife. David always had a good joke to share and giving heart for others. David is survived by his wife Paula Rose; daughter and daughter-in-law, Amanda Rose & Abby Bomar; brothers and sisters-in-law, Don Rose (Deborah) and Dwayne Rose (Samantha); sisters-in-law Karla Banks and Patti Greenway; mother-in-law and husband, Betty Ogilvie Adamson (Grady); special nephew, Brayden Banks; uncle, James Blackmon (Ella); aunts, Judy Stevens, Janice Dotson, Jeanette Sykes, Hattie Murray, Ida Gay Miller, Mary Boyd and Shelia Street all of Virginia; several cousins, nieces and nephews. He is also preceded in death by his grandparents Claude & Mattie Blackmon; father-in-law, Rudolph Ogilvie. A funeral service for Mr. David Rose will be Thursday, January 14, 2021 at 1:00 pm at Rock Springs Church, Milner, GA. Interment with military honors will follow in Greenwood Cemetery, Barnesville, GA. Friends may visit the family on Wednesday, January 13, 2021 from 2:00 pm until 4:00 pm, as well as 6:00 pm until 8:00 pm at Williams-Westbury Funeral Home. Flowers will be accepted, however, those desiring, may make a donation to the Boys & Girls Clubs of America of Barnesville, PO Box 624, Barnesville, GA 30204, in memory of Mr. David Rose. Williams-Westbury Funeral Home, 526 College Drive, Barnesville, is serving the Rose family. To sign the online registry or to send a condolence online, please do so at www.williams-westburyfuneralhome.com.